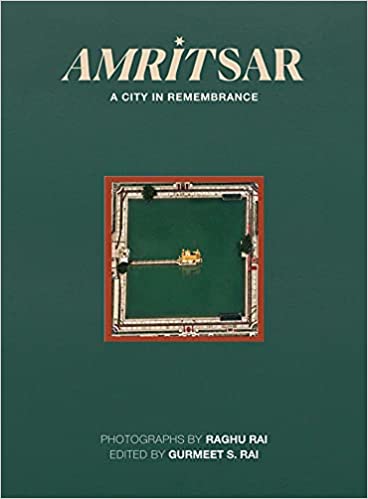 Amritsar- A City in Remembrance

Amritsar: a city in rememberance correlates amritsar's historical narratives with its material culture. An anthology of insightful essays by domain experts, it retraces the history and Culture of Amritsar since its inception through landmark events that shaped the city and its people, to recent initiatives on the recovery of its multi-layered heritage.

Raghu Rai has been a Magnum photographer since 1977, when he was nominated to the world’s most prestigious photographers’ cooperative by the legendary photographer Henri Cartier- Bresson. His work has appeared in international publications such as Time, The New York Times, Sunday Times, National Geographic, GEO, The New Yorker and others. For the last thirty years, he has been exhibiting in major cities throughout the world and has won numerous awards. Twenty-five of his photographs are in the permanent collection of the Bibliothèque Nationale, Paris, while he was the first ever photographer to be honoured with the Padma Shri, one of India’s highest civilian awards. He has also appeared on the jury for the World Press Photo Contest three times. Rai has published more than thirty books of his photographs, including this book.

GURMEET S. RAI, an architect with specialization in heritage, has worked on conservation of heritage sites, planning for historic areas and policy documents in both India and abroad. In 1996, she established CRCI India Pvt Ltd., a leading firm in heritage practice in India. She has received the Award of Distinction from UNESCO for two projects under the Asia Pacific Architectural Heritage Awards in 2002 and 2004. Thereafter, for over fifteen years, she has been on the jury of the Asia Pacific Architecutral Heritage Awards of UNESCO. She is currently a member of the steering committee of the TERRA 2022, the World Congress on Earthen Architectural Heritage, to be organized by Getty Conservation Institute in Santa Fe, USA. In 2021, she was appointed as heritage specialist for the conservation planning of the Parliament House in New Delhi.
No Review Found
More from Author