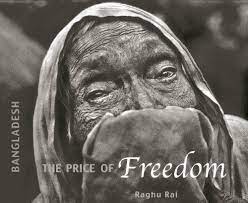 Bangladesh: The Price of Freedom

In early 1971, when negotiations for an autonomous East Bengal broke down, brutalities against the citizens of erstwhile East Pakistan led to a mass exodus of refugees into India. Despite an international outcry, the assaults and rapes continued. With the intervention of the Indian Armed Forces in December 1971, after nine months of violence and uncertainty and a twelve-day war between India and Pakistan, the independent nation of Bangladesh was born. Ace photographer Raghu Rai documented the plight of the refugees, the action during the war and the jubilant scenes of victory and Independence. His treasure trove of photographs, which for over four decades he thought had been lost, was recently rediscovered. The stories are perhaps not unknown, but have been retold by a master storyteller—the refugee camps, the exodus, the never-ending journey, a whirlwind of poignant, tormented history. And finally, a new nation, a new tomorrow. Bangladesh: The Price of Freedom are never before seen photographs which comprise a significant body of work documenting a turning point in the history of South Asia.

Raghu Rai has been a Magnum photographer since 1977, when he was nominated to the worldâ€™s most prestigious photographersâ€™ cooperative by the legendary photographer Henri Cartier- Bresson. His work has appeared in international publications such as Time, The New York Times, Sunday Times, National Geographic, GEO, The New Yorker and others. For the last thirty years, he has been exhibiting in major cities throughout the world and has won numerous awards. Twenty-five of his photographs are in the permanent collection of the BibliothÃ¨que Nationale, Paris, while he was the first ever photographer to be honoured with the Padma Shri, one of Indiaâ€™s highest civilian awards. He has also appeared on the jury for the World Press Photo Contest three times. Rai has published more than thirty books of his photographs, including this book.
No Review Found
More from Author