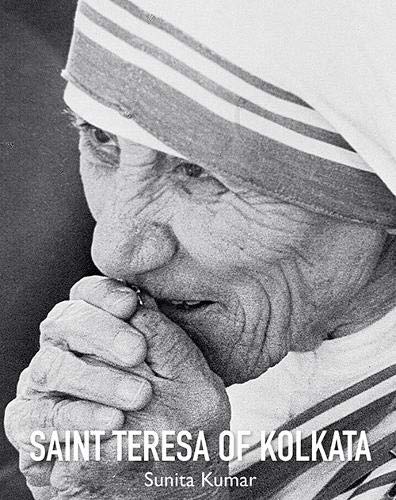 Mother Teresa of Kolkata was a Roman Catholic nun who through the sheer force of her personality and belief had an enormous impact on the care of the poor, the sick and the dying, for which she was awarded the Nobel Prize in 1979. Through her transcendental spirituality, she won over a worldwide constituency for her aims: there are now nearly 740 homes across the world dedicated to her causes.This authorized pictorial history is a tribute to Mother Teresa’s extraordinary achievements and has been compiled by her closest associate as a tribute to her on her first death anniversary. With previously unpublished photographs sourced from State and private archives around the world, Blessed Teresa of Kolkata shows her as a young girl in Albania, as Mother addressing the US Senate, the magnificent pomp of her Indian State funeral, her simple tomb and the Beatification. But the major part of the book presents the daily round of the sisters and focuses on the charismatic figure of Mother Teresa.

Sunita Kumar was a close associate and friend ofMother Teresa’s for over thirty years. Educated inconvents in Lahore, Delhi and Kolkata, she workedwith Mother Teresa from 1965 until her death, initially as the link between the Missionaries ofCharity and the Co-Workers and latterly as thespokeswoman for the Order. She is still closelyassociated with the Missionaries of Charity. A Hindu, she is married to Naresh Kumar, a former Davis Cuptennis player and captain, and has three childrenand nine grandchildren. A well-known painter, she has held severalexhibitions in Florence, London and India. Herpaintings potray the very essence of blessed Teresa’slife and mission. Sunita has been a fashion consultant with thefamous house Herm.
No Review Found