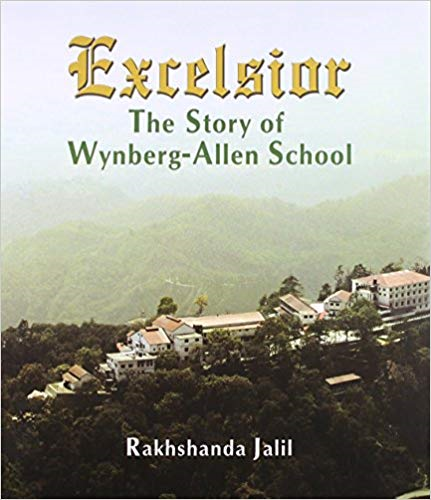 Excelsior: The Story of Wynberg-Allen School

5
0%
0
4
0%
0
3
0%
0
2
0%
0
1
0%
0
The book encompasses the selfless commitment of missionaries and benefactors who gave with open hearts and laboured tirelessly for what began as an orphanage and has developed into the Wynberg- Allen School, an institution par excellance.

Rakhshanda Jalil writes on issues of literature, culture and heritage. She has published over 15 books, which includes two edited collections of short stories, Urdu Stories and a selection by Pakistani women called Neither Night Nor Day; two co-authored books with Mushirul Hasan, Partners in Freedom: Jamia Millia Islamia (Niyogi Books, 2006). She was co-editor of Third Frame, a journal devoted to literature, culture and society brought out by the Cambridge University Press. She has published six works of translations; the latest being Naked Voices & Other Stories by Saadat Hasan Manto; Panchlight and Other Stories by Hindi writer Phanishwarnath Renu. She runs an organization called Hindustani Awaz, devoted to the popularization of Hindi-Urdu literature and culture.
No Review Found
More from Author