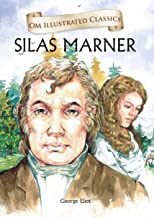 5
0%
0
4
0%
0
3
0%
0
2
0%
0
1
0%
0
The Picture of Dorian Gray is Oscar Wildeâ€™s classic story of a young man whose beauty prompts a painter to paint a life-like portrait of him. However, all is not what it seems...Dorian expresses the desire to sell his soul, to ensure that the picture, rather than he, will age andfade. A must-read for children and adults alike! The novel is a social satire as well as a key explorer of Victorian norms. We are made to observe human emotions like love, jealousy, hate and the forces of evil and good. Oscar Wilde propagates his â€˜art for artâ€™s sakeâ€™ theory, even as he weaves a narrative around a beautiful young man (Dorian Gray) and his friends (Lord Henry and Basil).The book is a classic in the true sense of the word, as it appeals tothe universal instincts of Man.