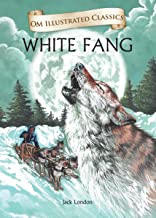 5
0%
0
4
0%
0
3
0%
0
2
0%
0
1
0%
0
The inhabitants of Mars have attacked Earth! It's pandemonium everywhere. Cities and countryside are razed to the ground as dreaded aliens unleash their fiery power. Nobody realises that the world, as they know it, is coming to an end when a flaming spaceship hits the earth and out come strange creatures ready to devour everything that comes in their path. Can the world be saved at all? Will these strange, tentacled aliens be stopped before all is burnt and lost forever? Will the earth bloom again? Find out as you read the thrilling story of the time when two worlds fought the most destructive war ever.