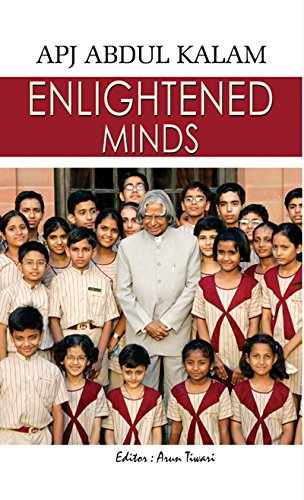 5
0%
0
4
0%
0
3
0%
0
2
0%
0
1
0%
0
This Book is a Must Read for Young Minds of Our Country â€¢ These Speeches and Interactions have profound Impact and are Practical. There are so many issues that our country is today facing and these have been addressed by Dr. Kalam so many years back. â€¢ And yet India is not applying these techniques for young minds. No matter how many times, someone urges to change education system of the country and how young minds are shaped in the country, there is a little transition we are witnessing. â€¢ Book is a collection of speeches by Dr. Kalam. In total, the book has 25 speeches which revolve around the central theme of one's life, like how one should lead a desirable and fulfilling life. â€¢ Dr. A. P. J. Abdul Kalam has been a source of inspiration. Avul Pakir Jainulabdeen Abdul Kalam ( 15 October 1931 â€“ 27 July 2015) was an Indian aerospace scientist and politician who served as the 11th President of India from 2002 to 2007. He was born and raised in Rameswaram, Tamil Nadu and studied physics and aerospace engineering. He spent the next four decades as a scientist and science administrator, mainly at the Defence Research and Development Organisation (DRDO) and Indian Space Research Organisation (ISRO) and was intimately involved in India's civilian space programme and military missile development efforts.

A. P. J. Abdul Kalam is an author, scientist, and a former Indian President.Some of Kalamâ€™s literary works include Turning Points: A Journey Through Challenges, Envisioning An Empowered Nation, and India 2020: A Vision For The New Millennium.Born on 15th October 1931, Kalam was raised in Rameshwaram. He finished his schooling from the Rameshwaram Elementary School. Kalam went on to pursue his undergraduate degree in Physics from St. Josephâ€™s College, Tiruchirappalli. He obtained his Masterâ€™s degree in aerospace engineering from the Madras Institute of Technology. Prior to serving as the President of India, Kalam worked as an aerospace engineer at the Indian Space Research Organization and the Defense Research and Development Organization. He is also known as the Missile Man of India for his immense contributions towards developing ballistic missile and launch vehicle technology. Kalam currently serves as a visiting Professor at the Indian Institute of Management Indore and the Indian Institute of Management Shillong. He has been awarded the Padma Bhushan, Padma Vibhushan, Ramanujan Award, and the Bharat Ratna.
No Review Found
More from Author