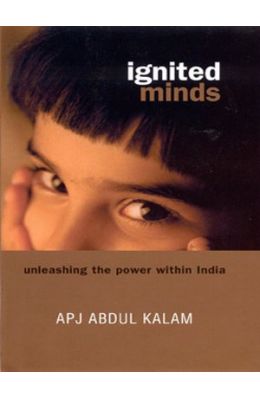 5
0%
0
4
0%
0
3
0%
0
2
0%
0
1
0%
0
When A.P.J. Abdul Kalam wrote "India 2020: A Vision for the New Millennium" with Y.S. Rajan in 1998, little did they expect the magnitude of the response they would get. The idea that India could actually be a developed nation in a short time rather than remain condemned to a subsistence diet of marginal improvements and promises struck a chord among readers. The book continues to be a bestseller. "Ignited Minds: Unleashing the Power Within India" goes the logical next step and examines why, given all our skills, resources and talents, we, so obviously capable of being the best, settle so often for the worst.

A. P. J. Abdul Kalam is an author, scientist, and a former Indian President.Some of Kalamâ€™s literary works include Turning Points: A Journey Through Challenges, Envisioning An Empowered Nation, and India 2020: A Vision For The New Millennium.Born on 15th October 1931, Kalam was raised in Rameshwaram. He finished his schooling from the Rameshwaram Elementary School. Kalam went on to pursue his undergraduate degree in Physics from St. Josephâ€™s College, Tiruchirappalli. He obtained his Masterâ€™s degree in aerospace engineering from the Madras Institute of Technology. Prior to serving as the President of India, Kalam worked as an aerospace engineer at the Indian Space Research Organization and the Defense Research and Development Organization. He is also known as the Missile Man of India for his immense contributions towards developing ballistic missile and launch vehicle technology. Kalam currently serves as a visiting Professor at the Indian Institute of Management Indore and the Indian Institute of Management Shillong. He has been awarded the Padma Bhushan, Padma Vibhushan, Ramanujan Award, and the Bharat Ratna.
No Review Found
More from Author