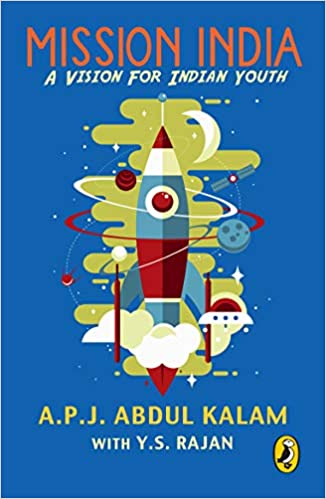 5
0%
0
4
0%
0
3
0%
0
2
0%
0
1
0%
0
Mission India: A Vision For Indian Youth has been written with the intention of challenging the Indian youth to bring about a positive change in the country by 2020. Kalam starts off by telling the readers that there has never been a time in Indian history such as this, where the nation has 540 million youth and 20 million Indians across the globe. He also states that several developed countries have directed their efforts towards setting up research centers across the country, which has benefited scientists, engineers, and professionals from various spheres. Kalam and Rajan tell the readers about their goal to make India one among the five top economic powers in the world by 2020. In the beginning of this book, Kalam presents the readers with a question as to whether India can become a developed country. He then provides insights into the current situation in the country, and explains that this goal is a realistic one. In the subsequent chapters, Kalam and Rajan begin to examine the five industries that need to become reasonably self-sufficient in the coming years, and each chapter tells the readers what can be done to bring a positive change in each industry. They also tell the readers about the current education system in the country, and the latest technology that can be used to improve the quality of education. The readers are also given insights into the present healthcare industry and infrastructural system, which are trademarks of a developed nation. Kalam and Rajan conclude by telling every individual and organization about the role they can play in transforming the nation by 2020