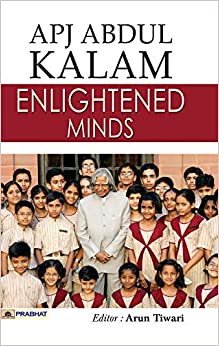 5
0%
0
4
0%
0
3
0%
0
2
0%
0
1
0%
0
Dr. Apj Abdul Kalam had an incredible passion for enlightening the youth and he made this process of interacting with young students, his lifetime mission, after surviving a helicopter crash landing at Ranchi. There were many questions that came to his mind, like: what type of understanding do the youth have towards development? Are they really concerned about the development and the future of India? How the minds of youth can be enlightened? To address these questions and to understand the mind frame of children, he started with a resolution of meeting a million children which eventually turned out to be a historical achievement of meeting 150 million children, during his lifetime. His final moments, on the 27 of July 2015, was spent in front of the students of the Indian Institute of Management (IIM) Shillong. The collection of some of Dr. Kalam’s speeches, presented in this book, are indeed a methodically developed tool, which educates people on how to discover their passions and uncover their potential. Through there speeches of Dr. Kalam, this book is a good teacher on various aspects such as, how to build ideal relationships that are key to a fulfilling life, and how to live satisfying, successful and passionate lives.