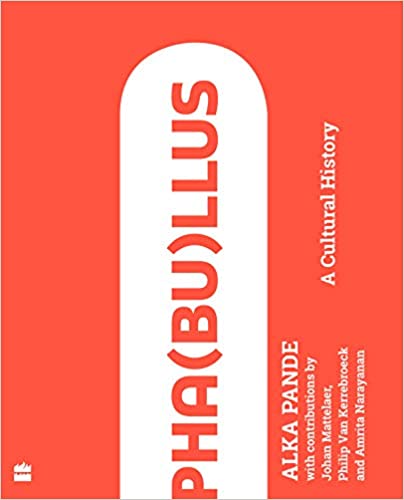 5
0%
0
4
0%
0
3
0%
0
2
0%
0
1
0%
0
Phallic symbolism is one of the oldest and most prevalent motifs in religion, culture and art: the earliest known representations go back to prehistoric times. Starting off as a symbol of fertility, the phallus has gone through numerous interpretations in the way it is perceived, and its symbolic significance varies across cultures as well. In the west, the erotic symbolism of the phallus is often emphasized, whereas in India, the most widely seen representation of the phallus is religious, in the form of the lingam, associated with Shiva. Pha(bu)llus draws on the intricate network of ideas and beliefs regarding the phallus to present a fascinating look at the most obsessed-with body part in human history

Dr Alka Pande, Curator and Art Consultant and Artistic Director, Photosphere, is currently the Consultant Arts Advisor and Curator at the Visual Arts Gallery, India Habitat Centre, New Delhi. She completed her post-doctoral studies from Goldsmiths College, University of the Arts, London, in Critical Art Theory, under the aegis of the Charles Wallace India Trust. Her PhD was in the History of Art, on the concept of Ardhanarisvara in Indian Art with special emphasis on sculpture. She has been passionately involved with the world of art for nearly three-and-a-half decades. Dr Pande is responsible for curating several significant and perceptive exhibitions in India and abroad, notably a singular exhibition at the PinacothÃ¨que de Paris titled, â€˜The Kama-Sutra: Spirituality and Eroticism in Indian Artâ€™. In 2006, she was awarded the Chevalier danslâ€™Ordre des Arts et des Lettres or Knight of the Order of Arts and Lettersâ€”an award bequeathed by the French Government. In 2009, she received the Australian Asia Council Special Award. She then went on to receive the Amrita Shergill Samman from the Chandigarh Lalit Kala Akademi in 2014, for her contribution to the arts.