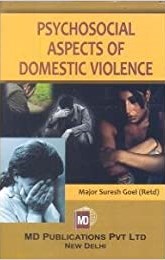 Domestic violence is coercive behaviour through the use of intimidating, threatening, harmful, or harassing behaviour. This definition validates that domestic violence includes multiple forms of abuse-physical, sexual and emotional or psychological and includes physical assault, sexual abuse and stalking. An important component of domestic violence, often ignored is the realm of passive abuse, leading to violence. Passive abuse is covert, subtle and veiled. This includes victimization, ambiguity and neglect spiritual and intellectual abuse. Domestic violence is an ongoing experience of physical, psychological and/or sexual abuse in the home that is used to establish power and control over another person. Witnessing domestic violence can lead children to develop an array of age-dependent negative effects. Children who witness violence in the home and children who are abused may display many similar psychological effects. These children are at greater risk for internalized behaviours such as anxiety and depression, and for externalized behaviours such as fighting, bullying, lying, or cheating.